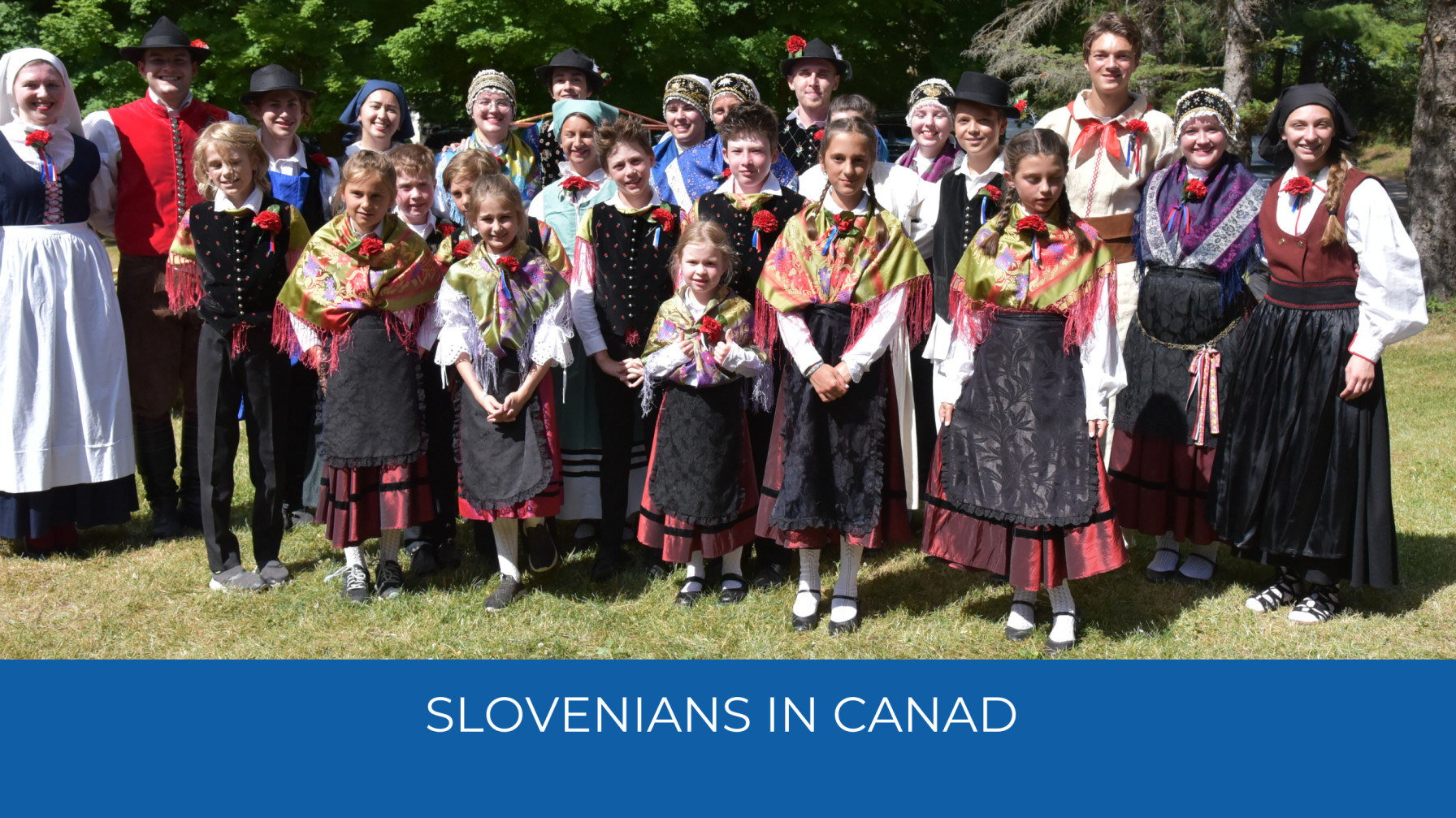 Sunday July 3rd, 2022 started out feeling like a special day.  The sky was bright blue, the air was a comfortable 20 degrees, and there was plenty of people buzzing around the hall.  The flags lined up along the road looked inviting.  There was an air of excitement about the place.

In the hall, the kitchen was alive with the sound of chatter and laughter.  The cooks were busy preparing the meals for the day, schnitzel, krompir, solata, all the regulars were on the menu.  In addition the members of the Canadian Slovenian Historical Society as well as Slovenski Dom were busy setting up their displays.

Outside, the final touches were being made to the grounds.  Chairs were lined up, the big map of Slovenia was fastened to one of the benches, sports equipment moved aside, all in preparation for the afternoon’s celebration.

Holy mass was held at 11:50 for the many that showed up to celebrate this day.  And there were many.  After mass, it seems that everyone headed to the hall to partake of the prepared meals.  In fact, so many went there that the kitchen ran out, and the mad scramble started early to come up with alternatives to feed the hungry masses.  Klobase and čevaps were the substitutes, and they were well received by those waiting for a bite.  Up until July 3rd, there had been very little in terms of demand for the kitchen delicacies.  We had even heard that the other parks had overestimated their prepared food needs.  But although we had underestimated, at the end, all were served, all seemed happy.

At 3:00 pm, the crowd gathered by the hall anticipating the start of the program.  The program started with Ms. Emily Tratnik Harnell introducing herself as the MC.  She welcomed the many in attendance, opined on how much we missed over the last two years, then acknowledged our special guests, Mr. Blaž Slamič, Charge d’affaires at the Slovenian Embassy in Ottawa, John Doma, Honorary Consul General for Slovenia, and Sonya Rosenwirth, Executive Director at the Canadian Slovenian Chamber of Commerce.

The Naša Pesem choir came to the stage to sing the Slovenian and Canadian National Anthems.  That was followed by the main presentation, a history of the Narodna Noša in Slovenia.  Miss Rachel Murgelj, who also happens to be the current Miss Ontario, presented.  The Mladi Glas / Planika Dance group modeled the various nošas as Rachel explained details about the costumes of six of the regions in Slovenia: Dolenjska, Prekmurska, Belo Krajina, Štajerska, Primorska, and Gorenjska.  Using the map to give context to the six regions, Rachel described to the audience the history of the nošas, the evolution of the various nošas, how there is not a single “national” noša, but really every region has a noša that represents not only their particular region, but Slovenia as well.  The presentation was very well received, with both old and young listening attentively throughout the presentation.

Following the presentation, the three guests were invited to the stage to say a few words to the crowd in attendance.

To make the program a little bit more fun, the next act was inserted into the program without warning.  Members and guests of the Slovenian Summer Camp, that played an accordion, were invited to come to the floor with their accordion, and a group rendition of “Na Golici” was performed.  In all, nine accordionists showed up, and Na Golici sounded great.

Emily ended the program by introducing the band, the Golden Keys, who played for the remainder of the day, into the evening.

All in all, a great day was had by all.  The program was entertaining, the band was great, and people hung around until dark.  Definitely a good sign that things are returning back to normal after two years of cancellations due to Covid.

Special thanks to the organizers of Slovenski Dan, to the helpers that prepared the grounds, to the Naša Pesem choir for their participation at the mass and in the program, to Milena and Ciril Soršak and Jasna Pinoza for their help in putting together the script for the Noša presentation, to Sabina Sečnik, Mladi Glas/Planika and the Soršaks for providing the different Nošas, to Diana and Lucy Končan for the large map of Slovenia, to Emily Tratnik Harnell for MC-ing, to Rachel Murgelj for presenting and to Mladi Glas/Planika, Ryan Mavec and the Gregorič’s for their performances and the Golden Keys for helping to make the program and the day a great success. 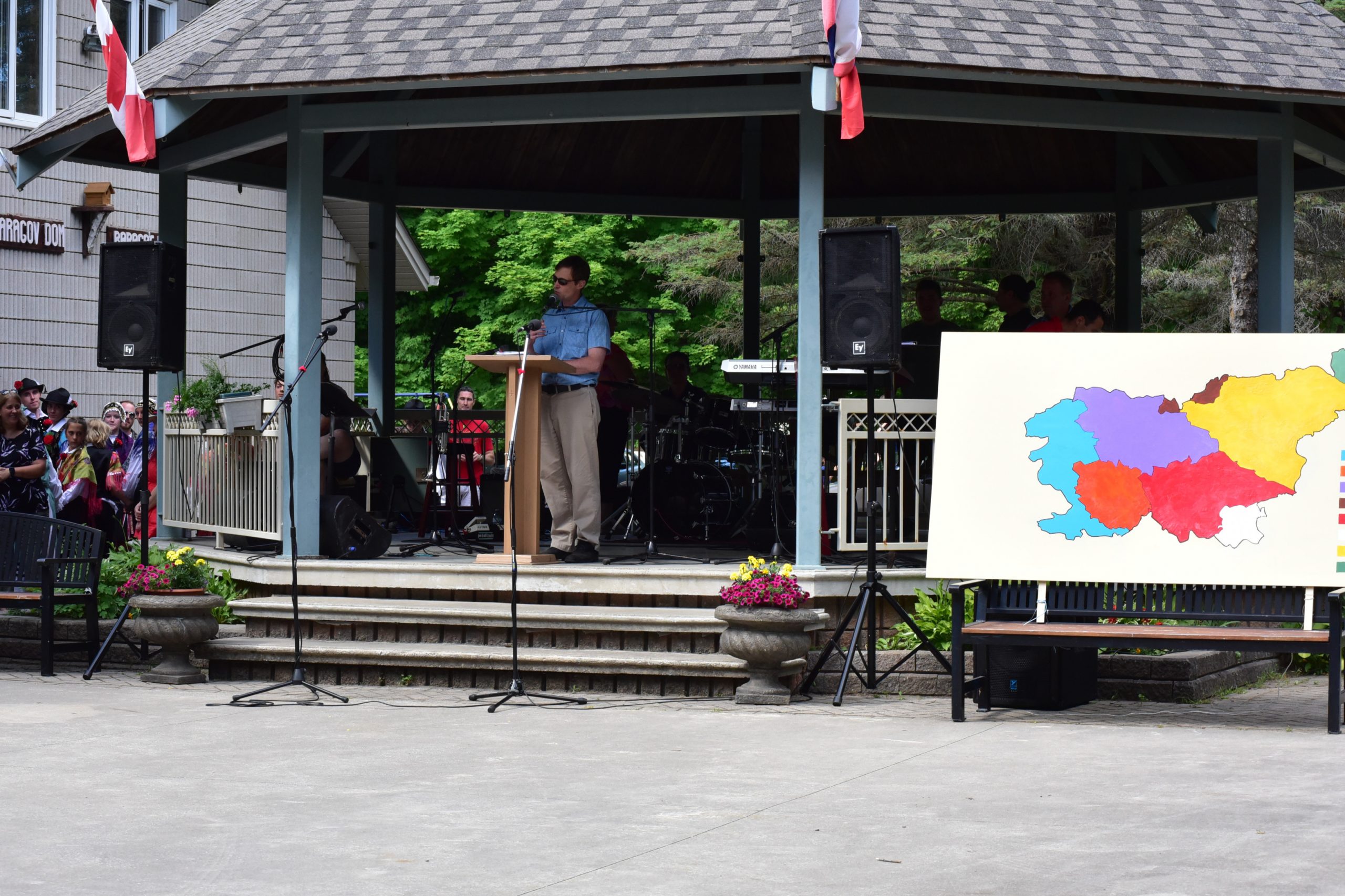 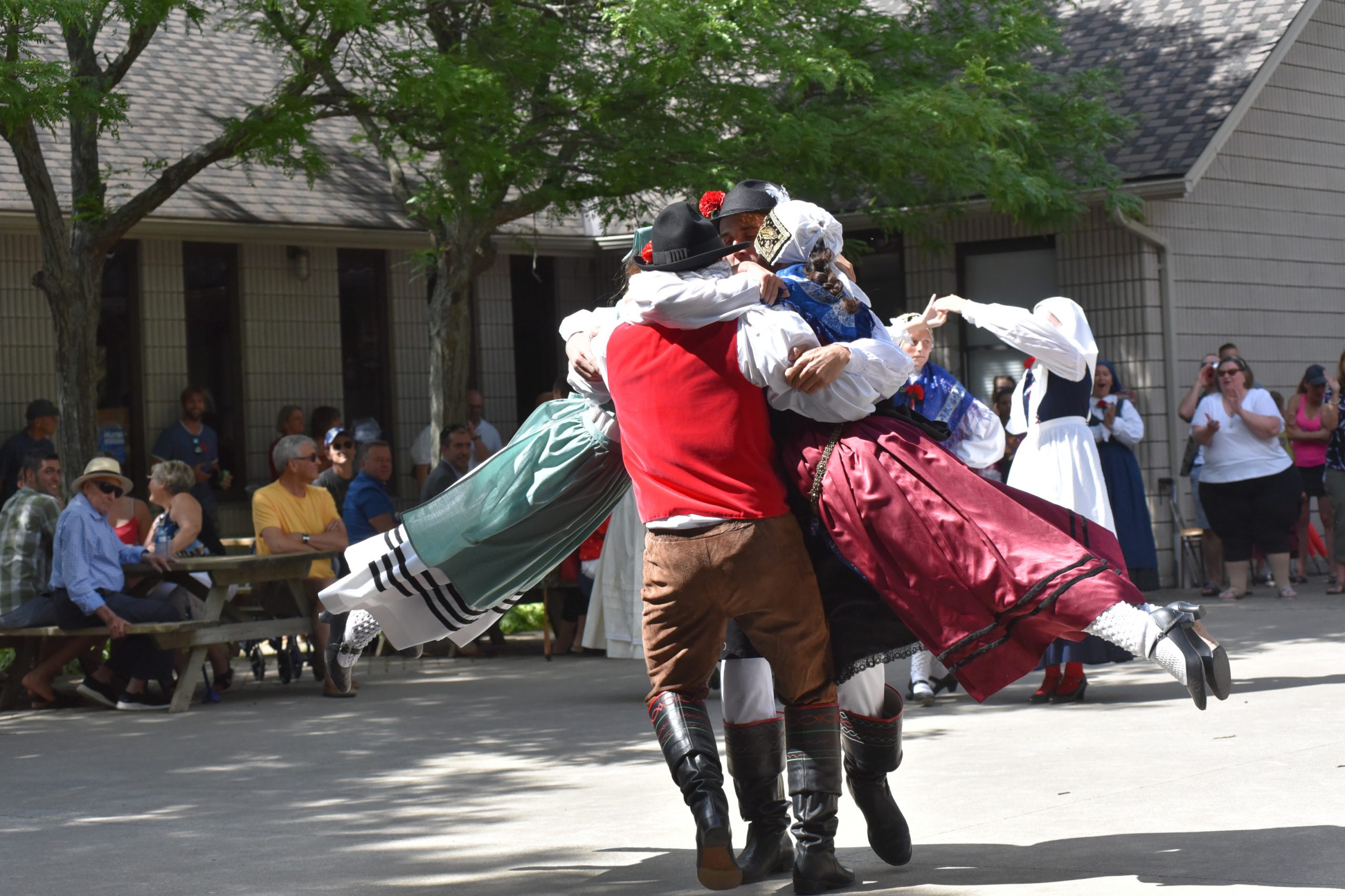 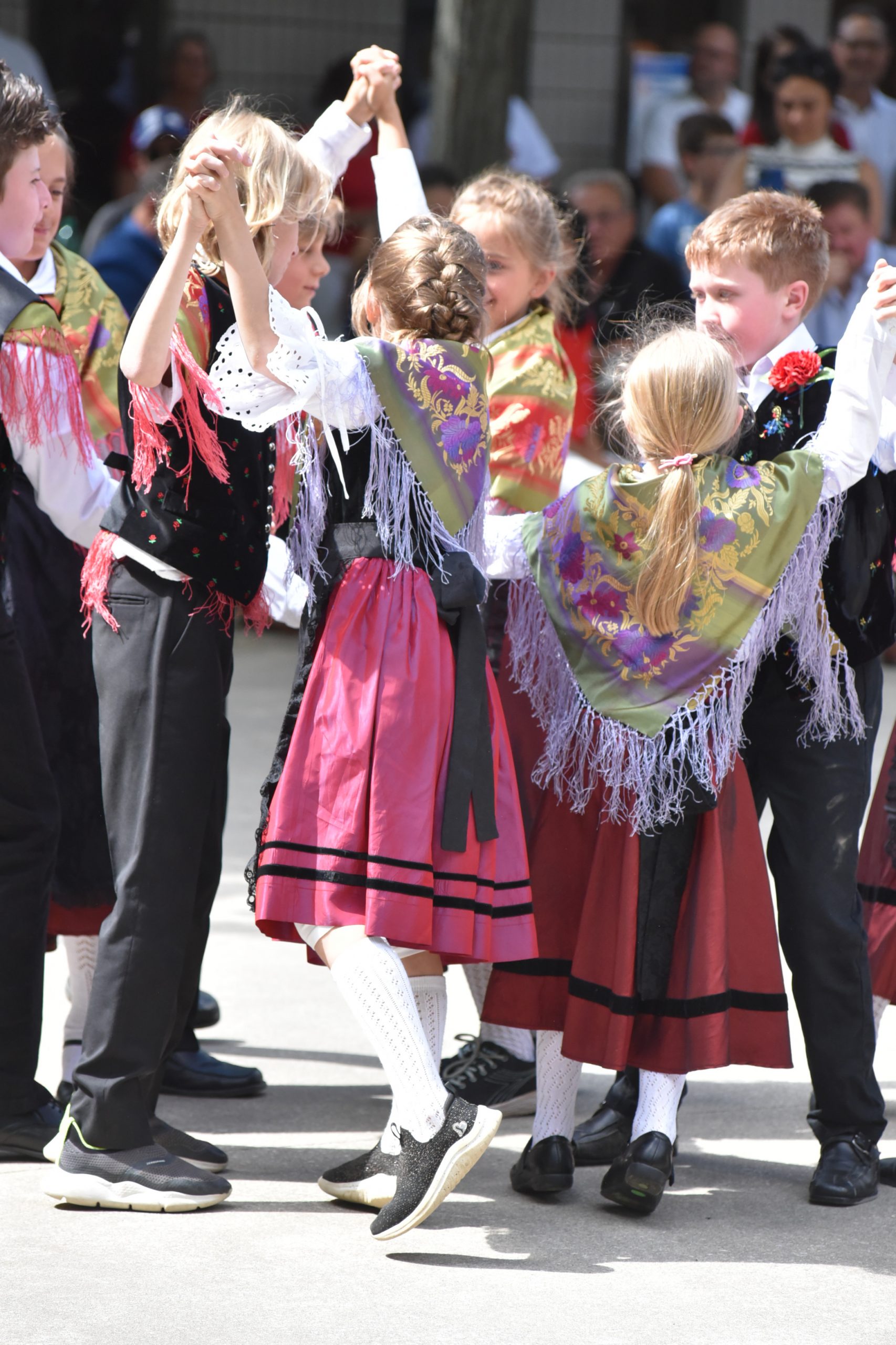 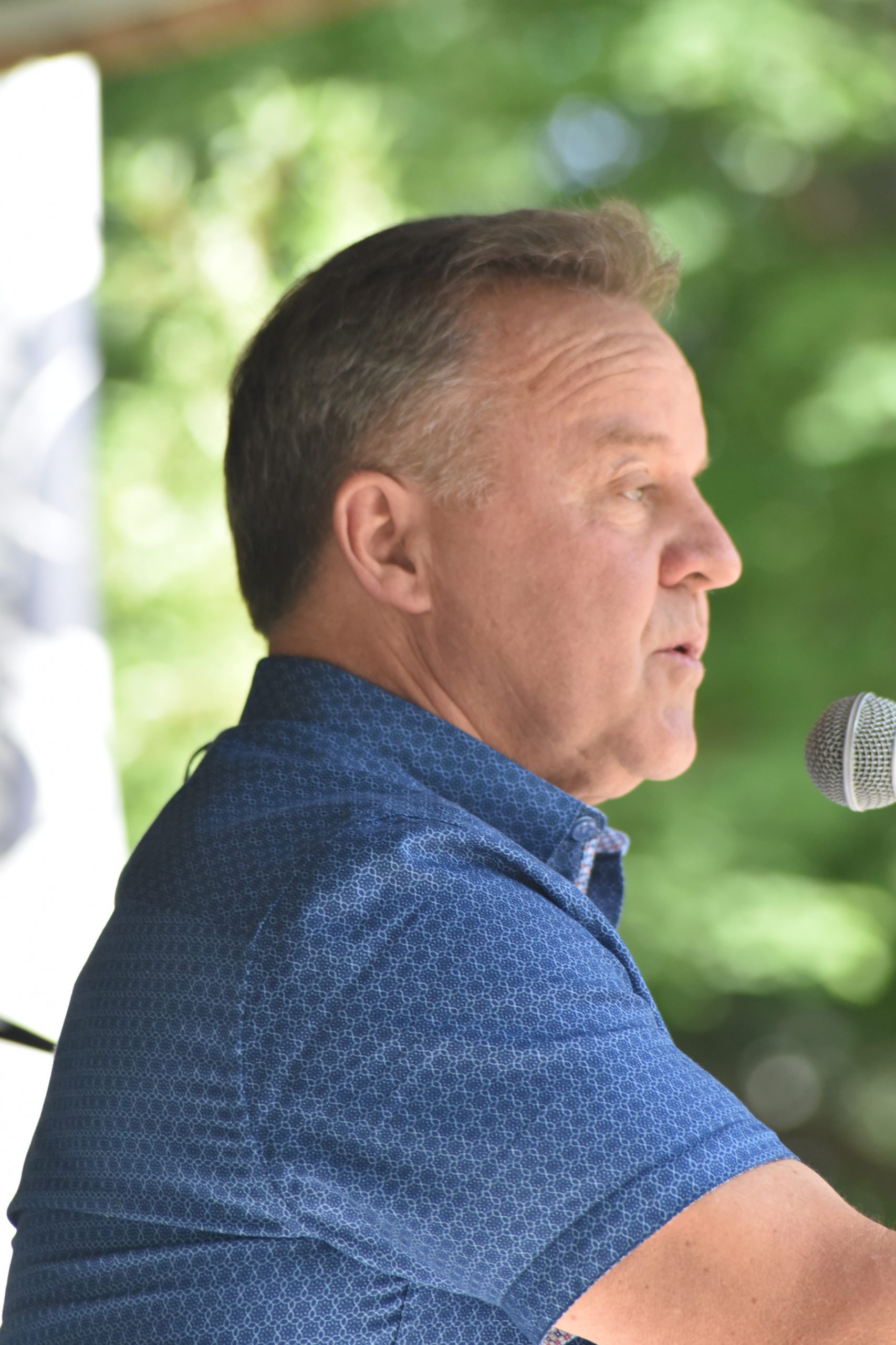 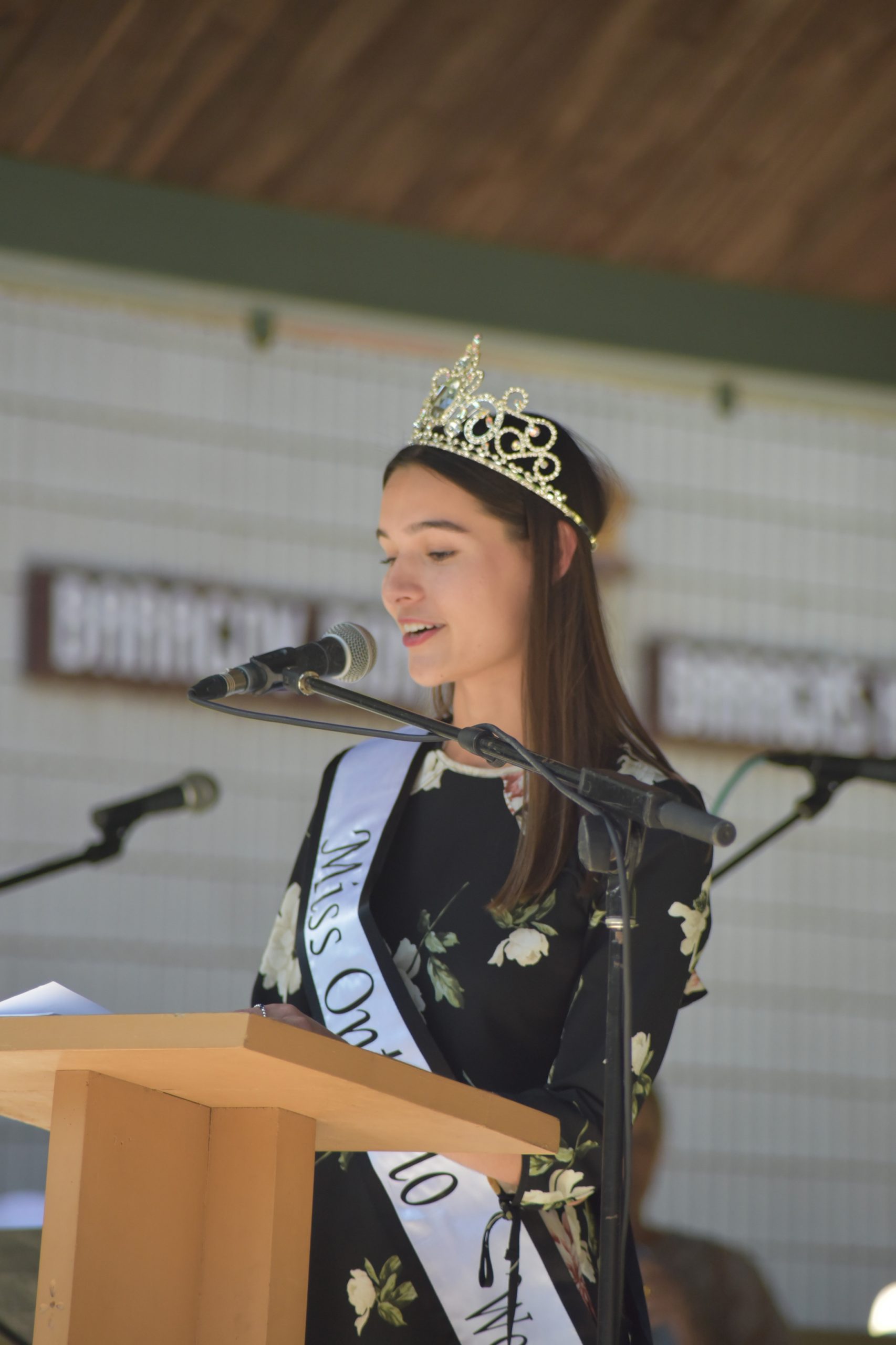 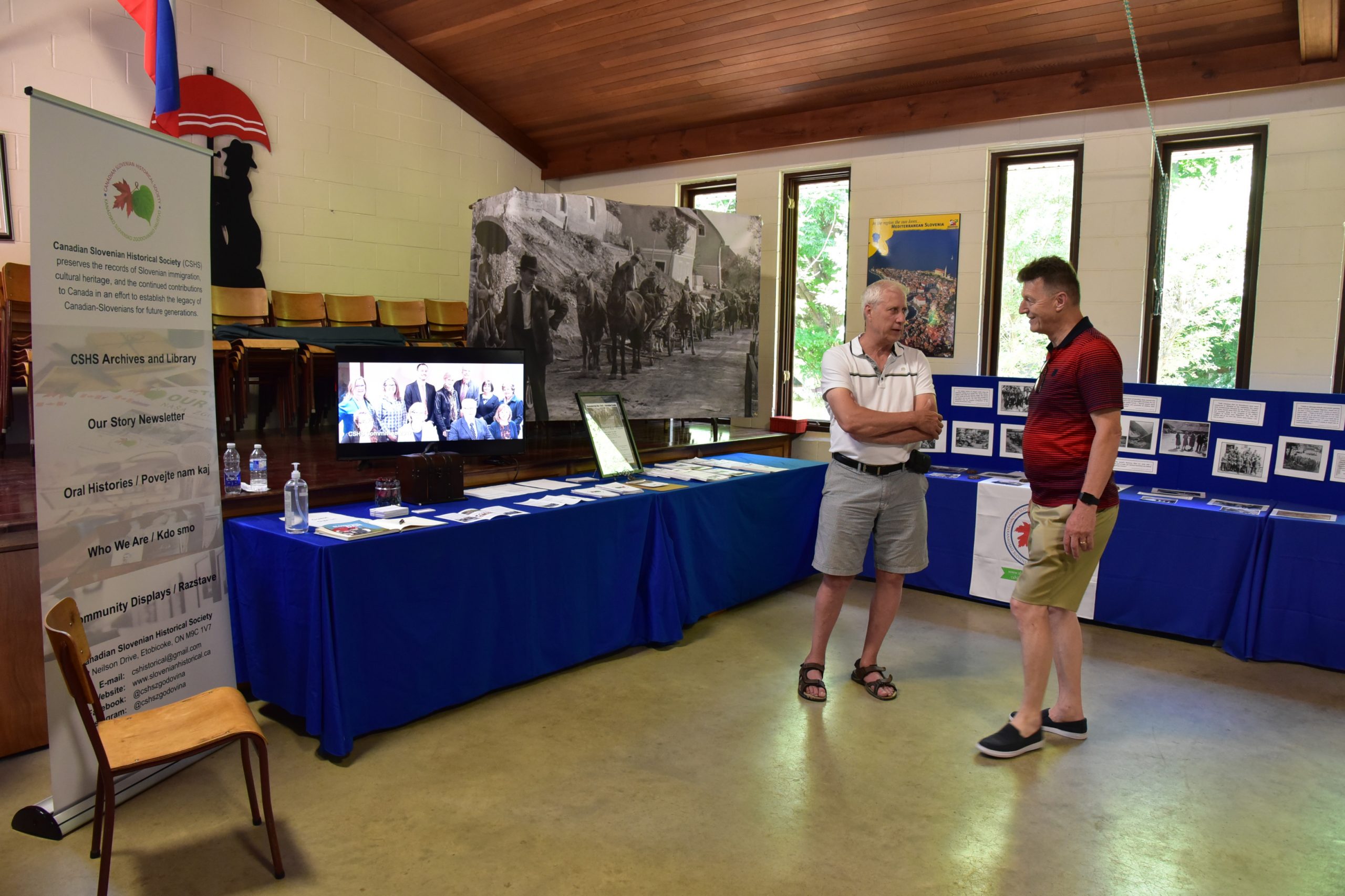 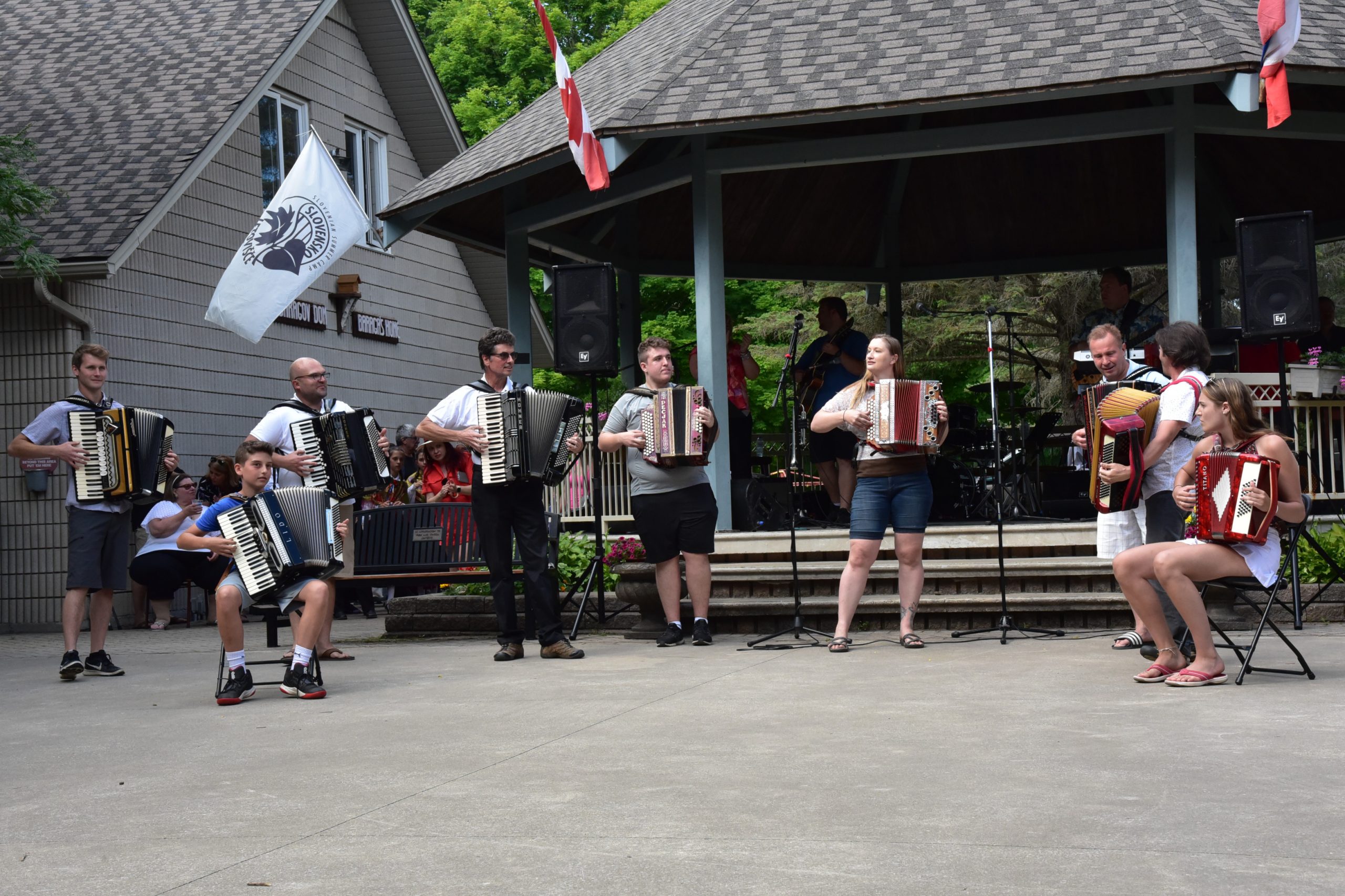 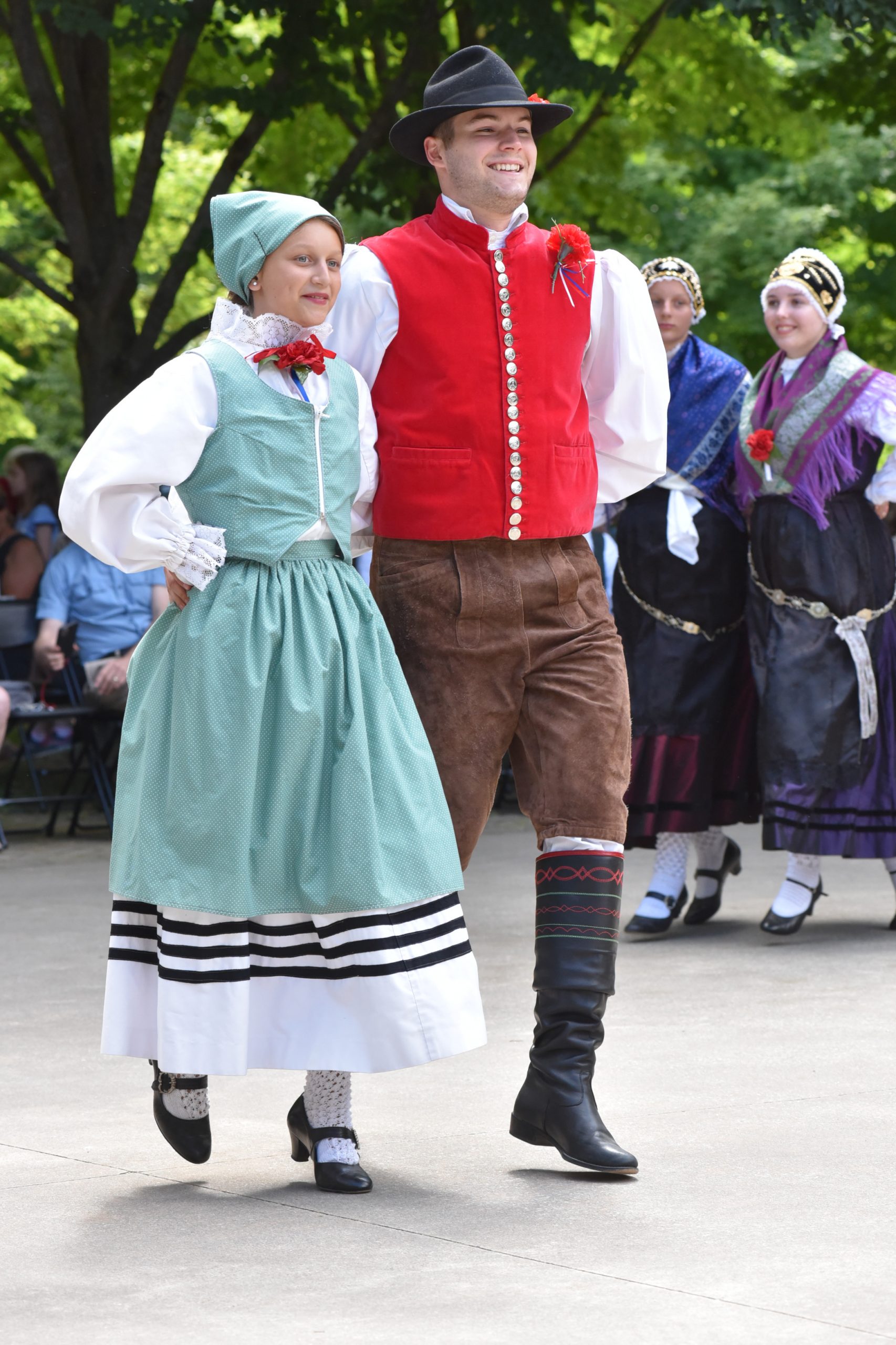 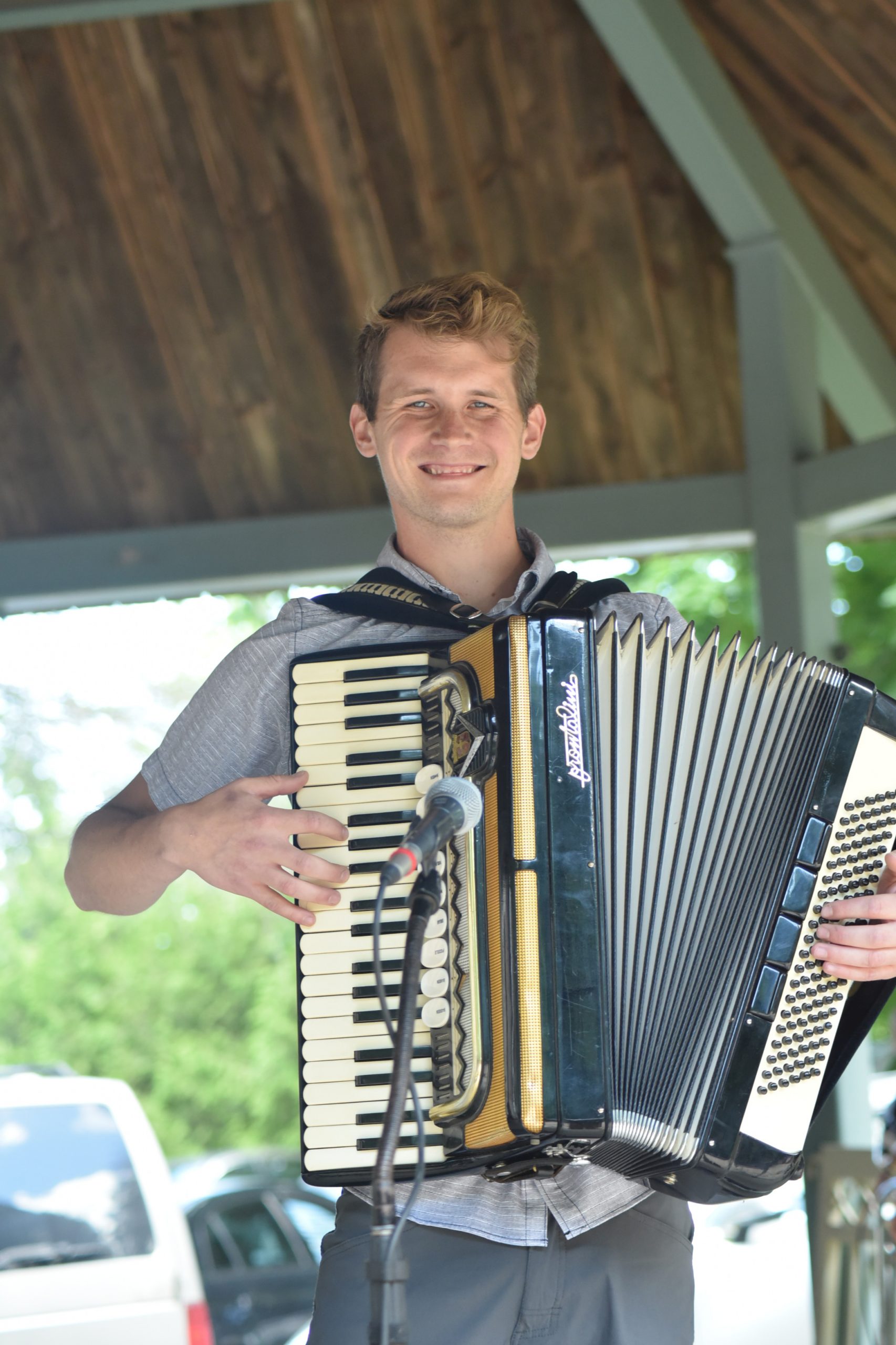 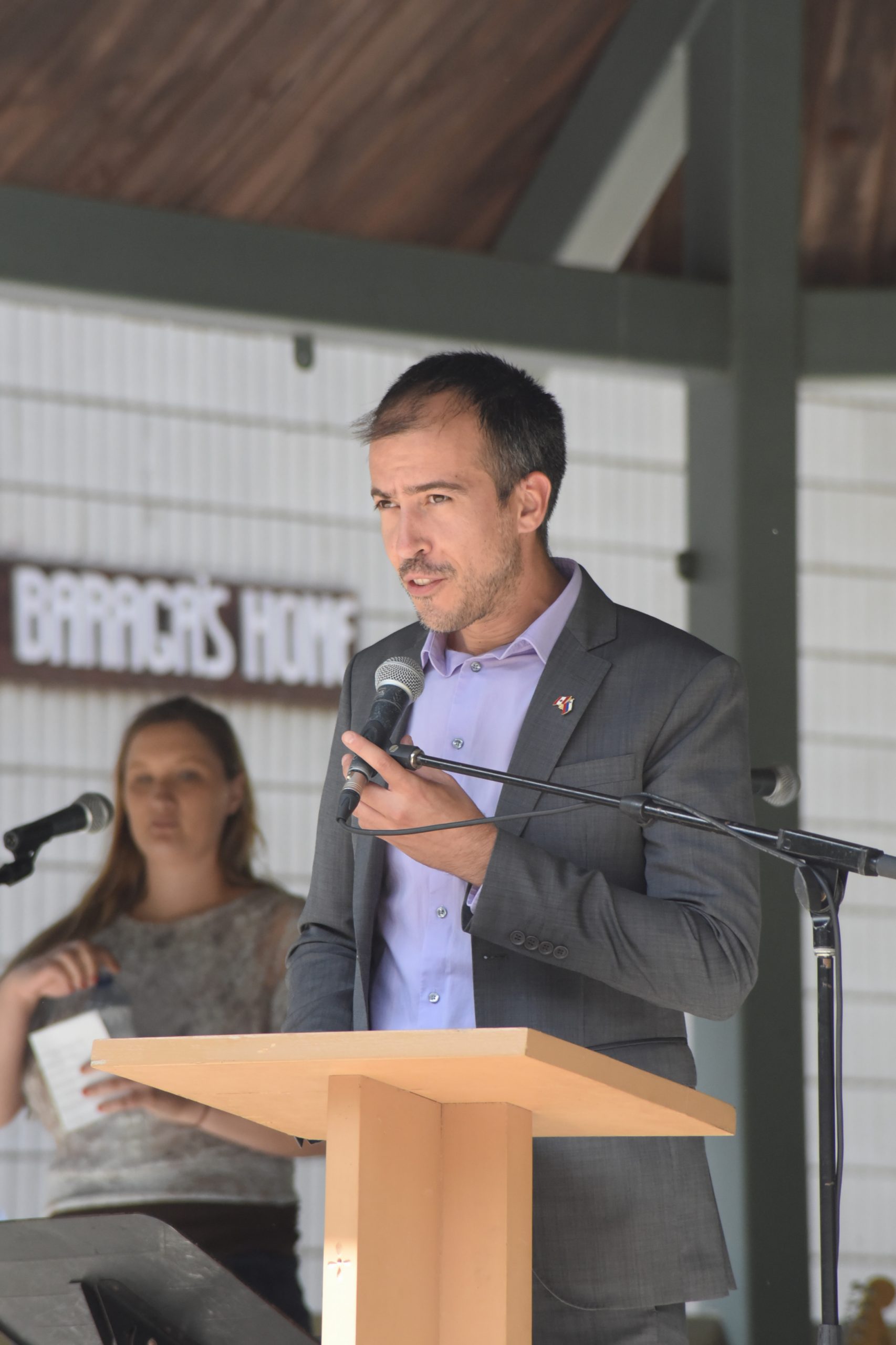 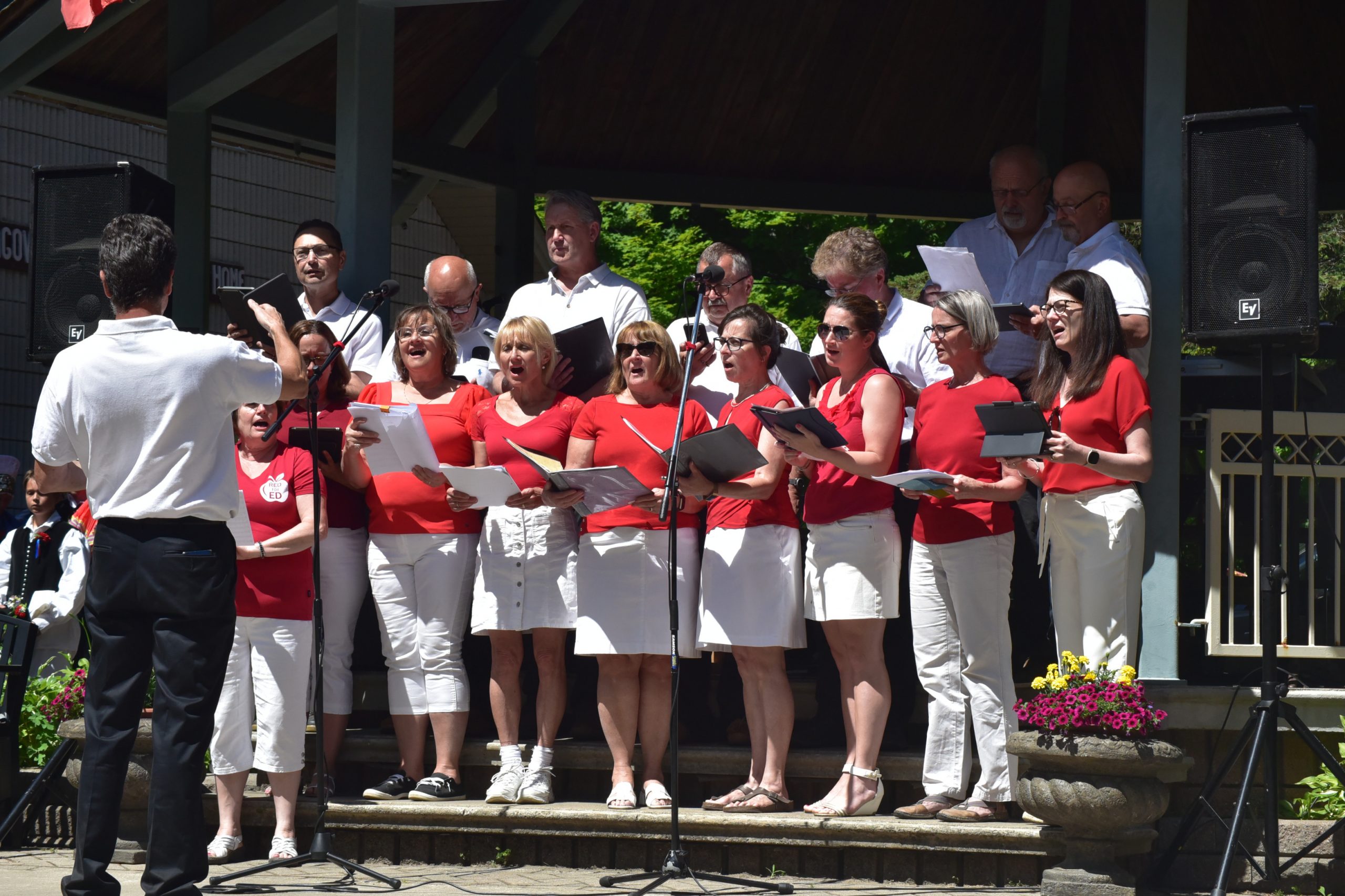 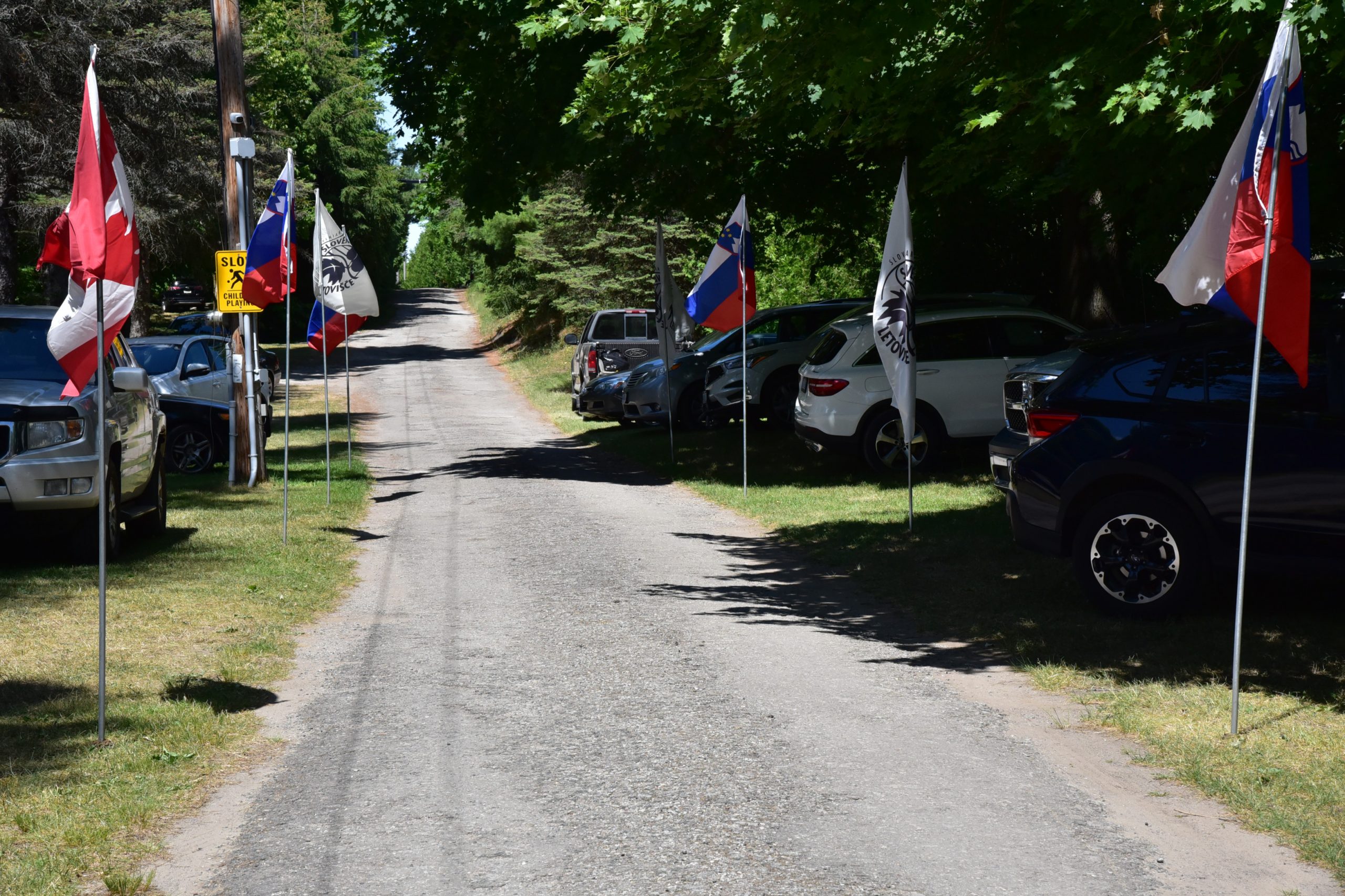 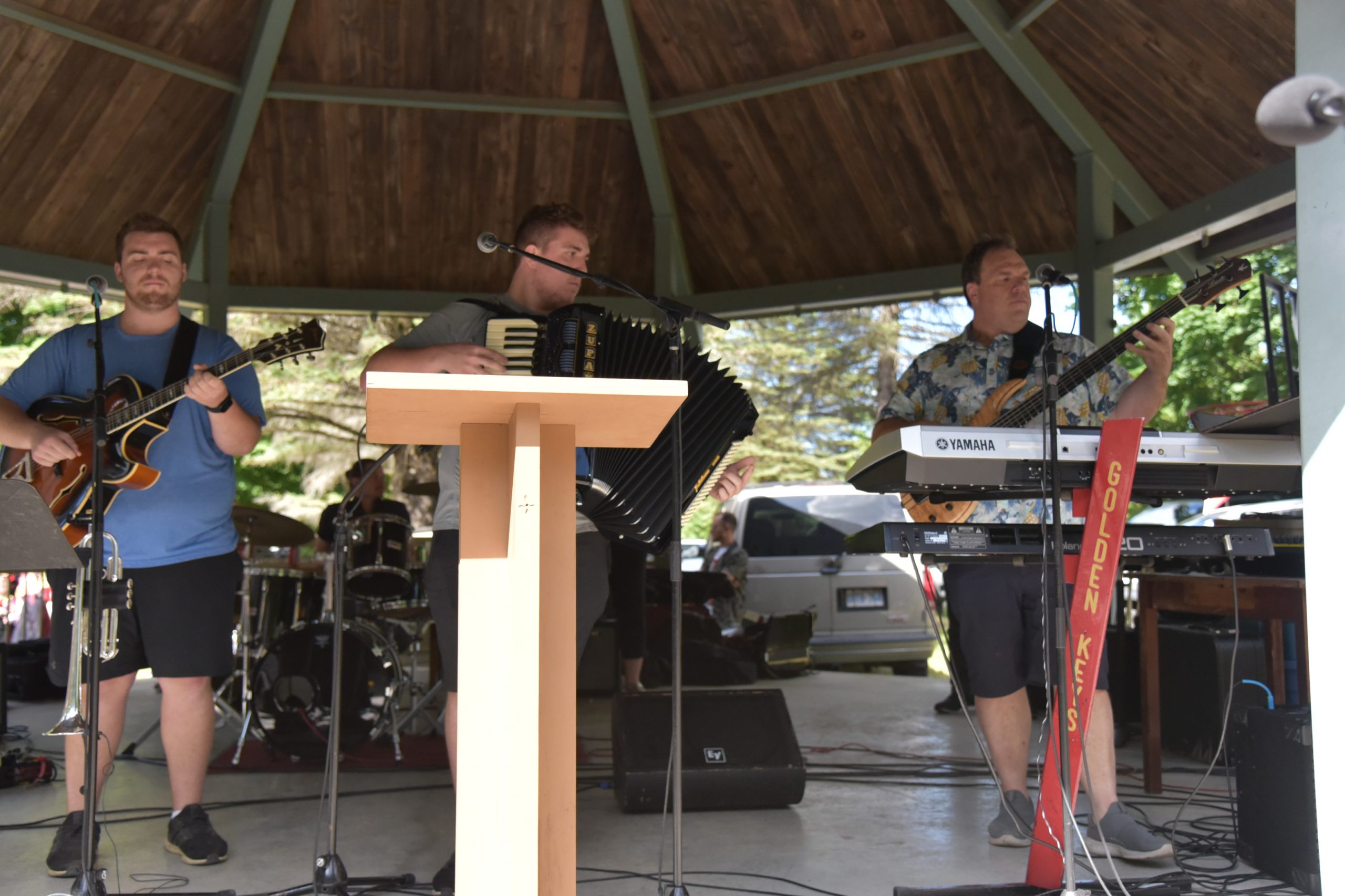 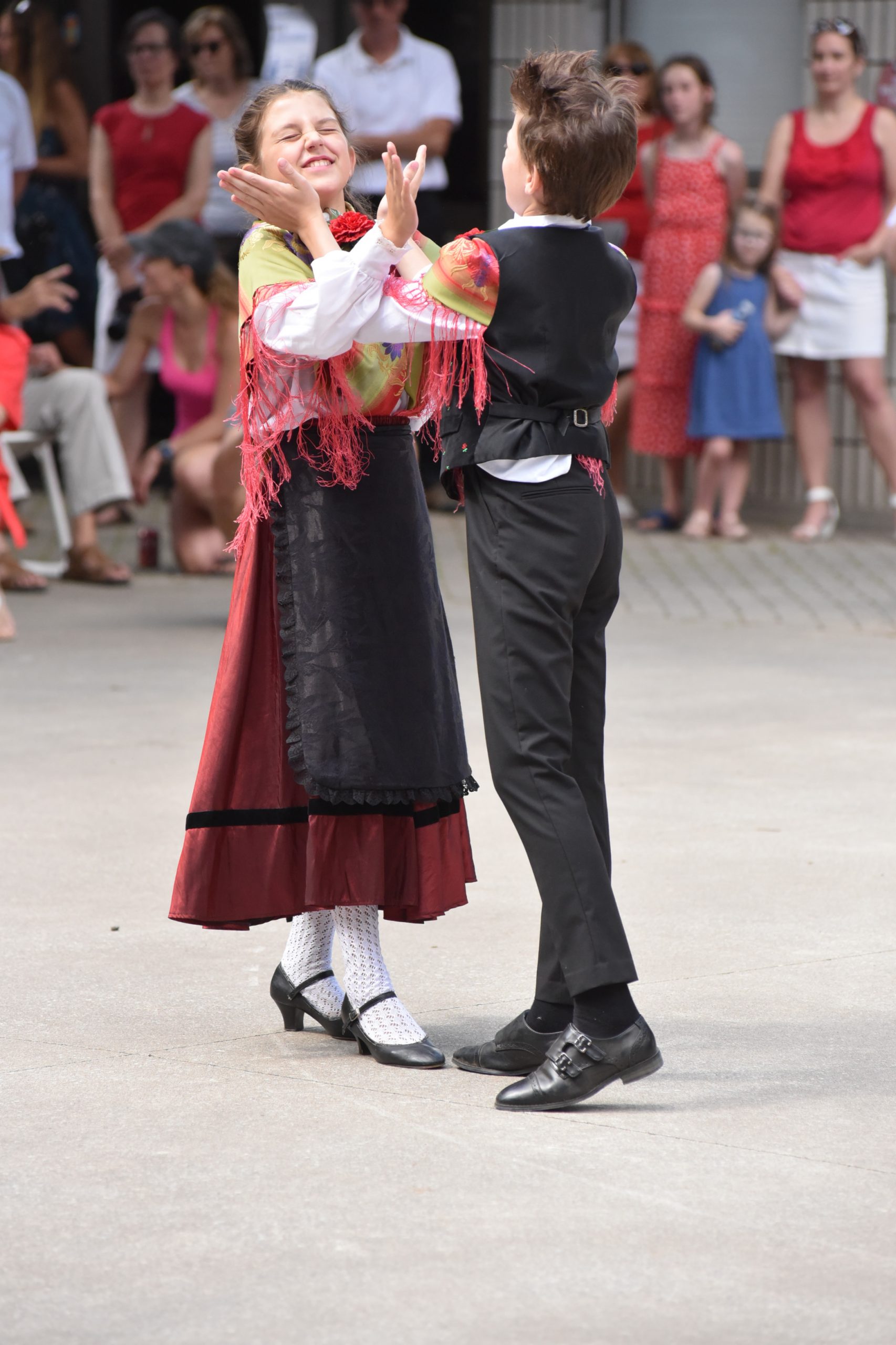 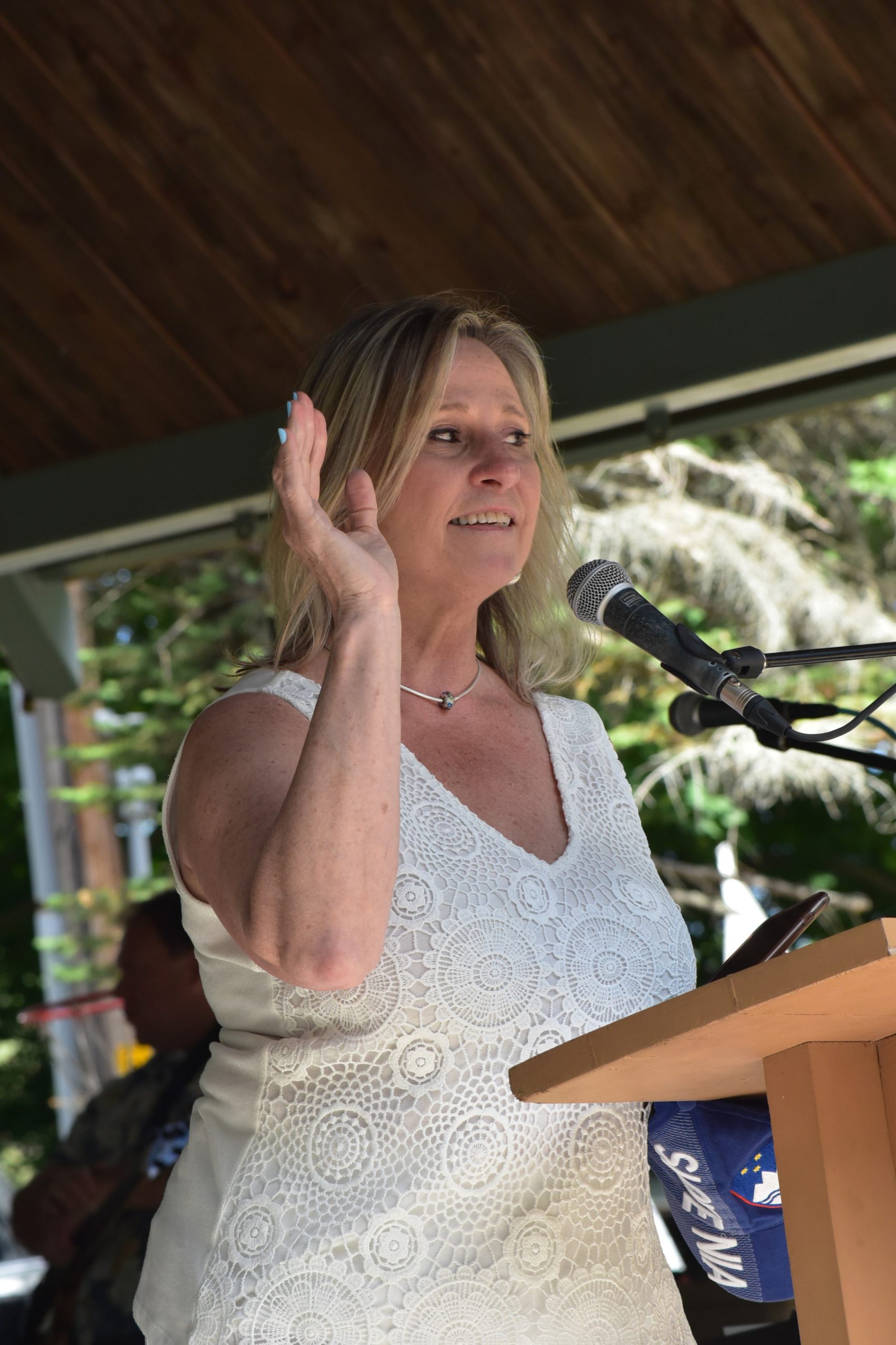 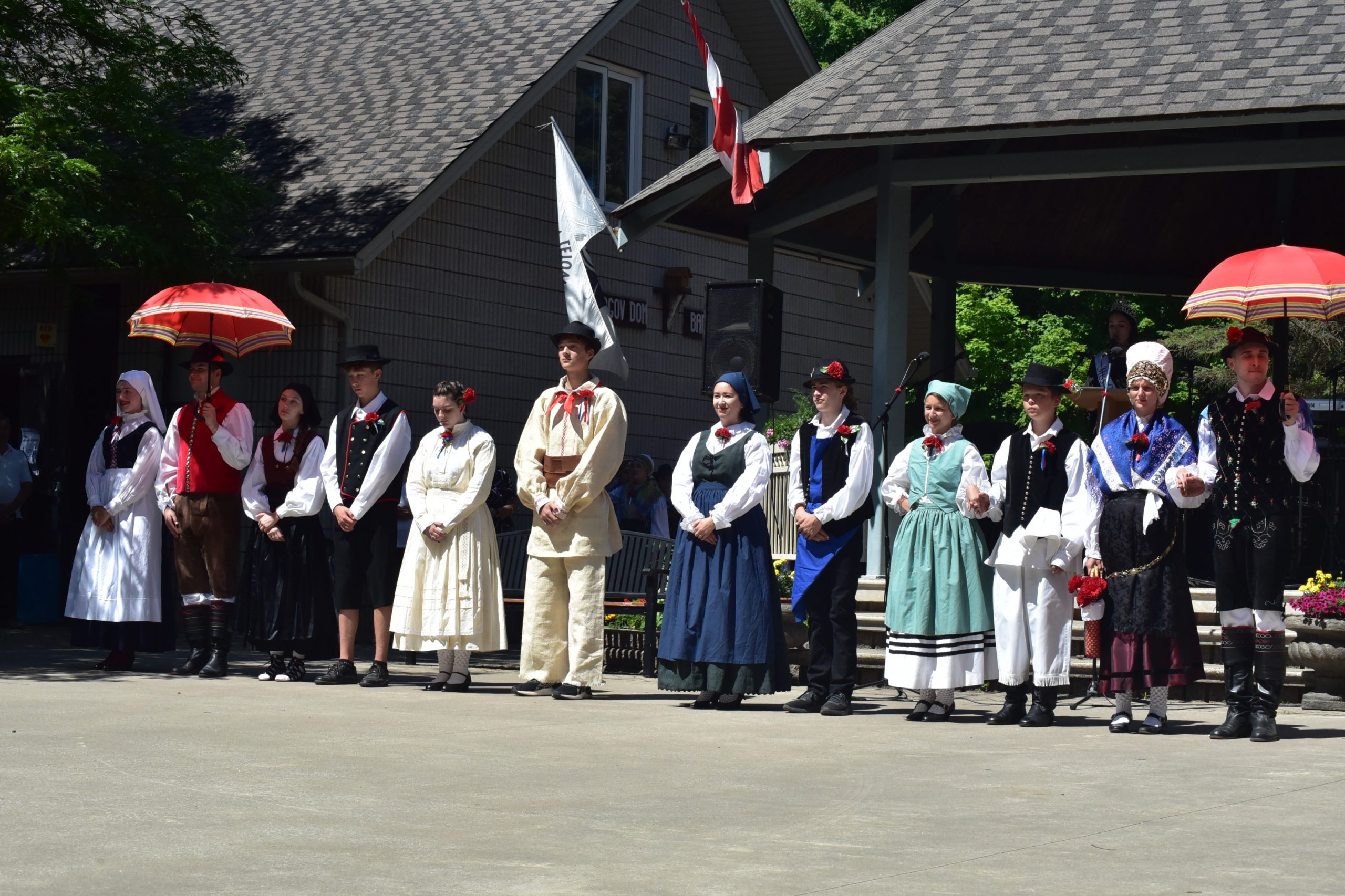 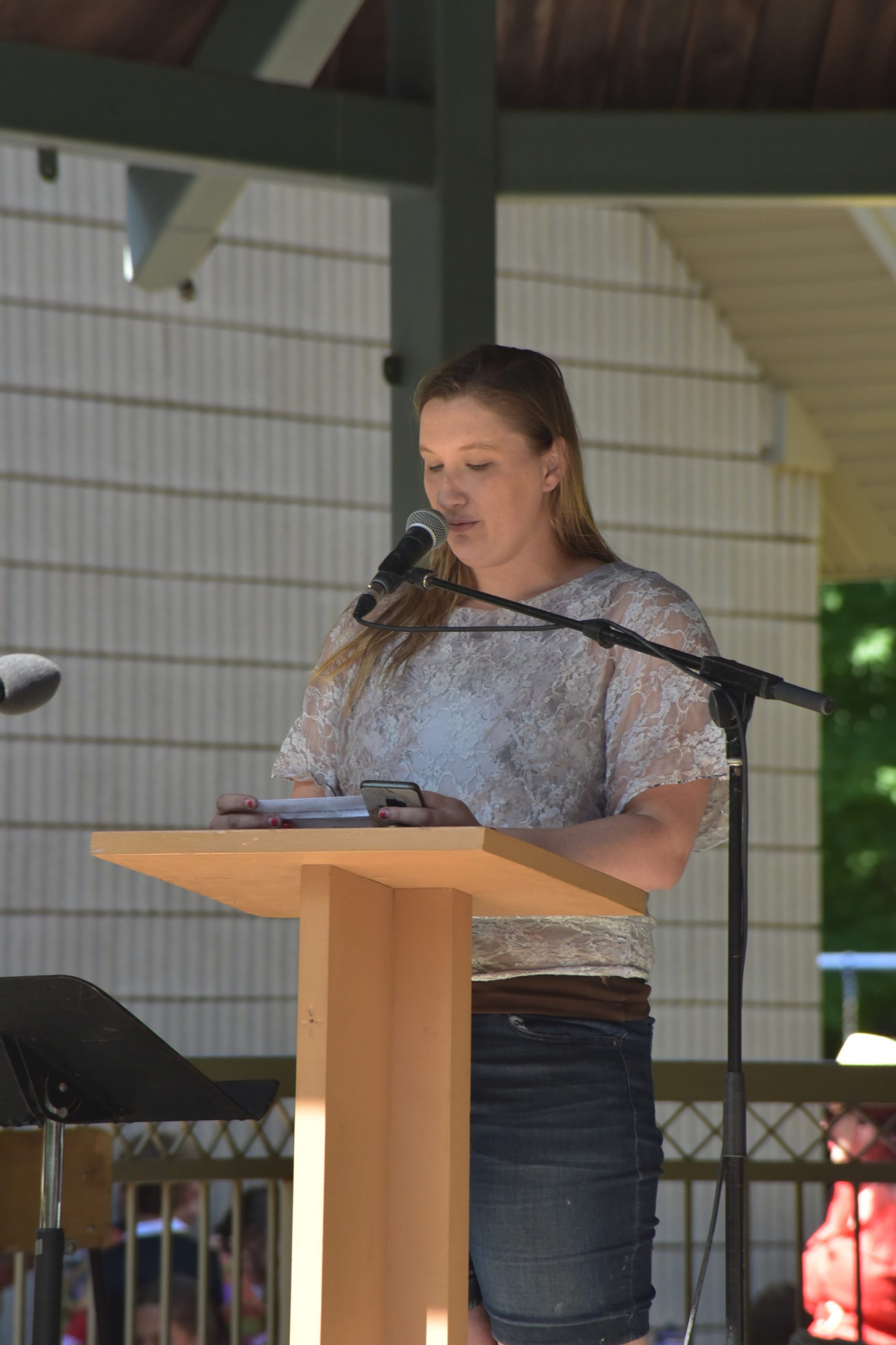 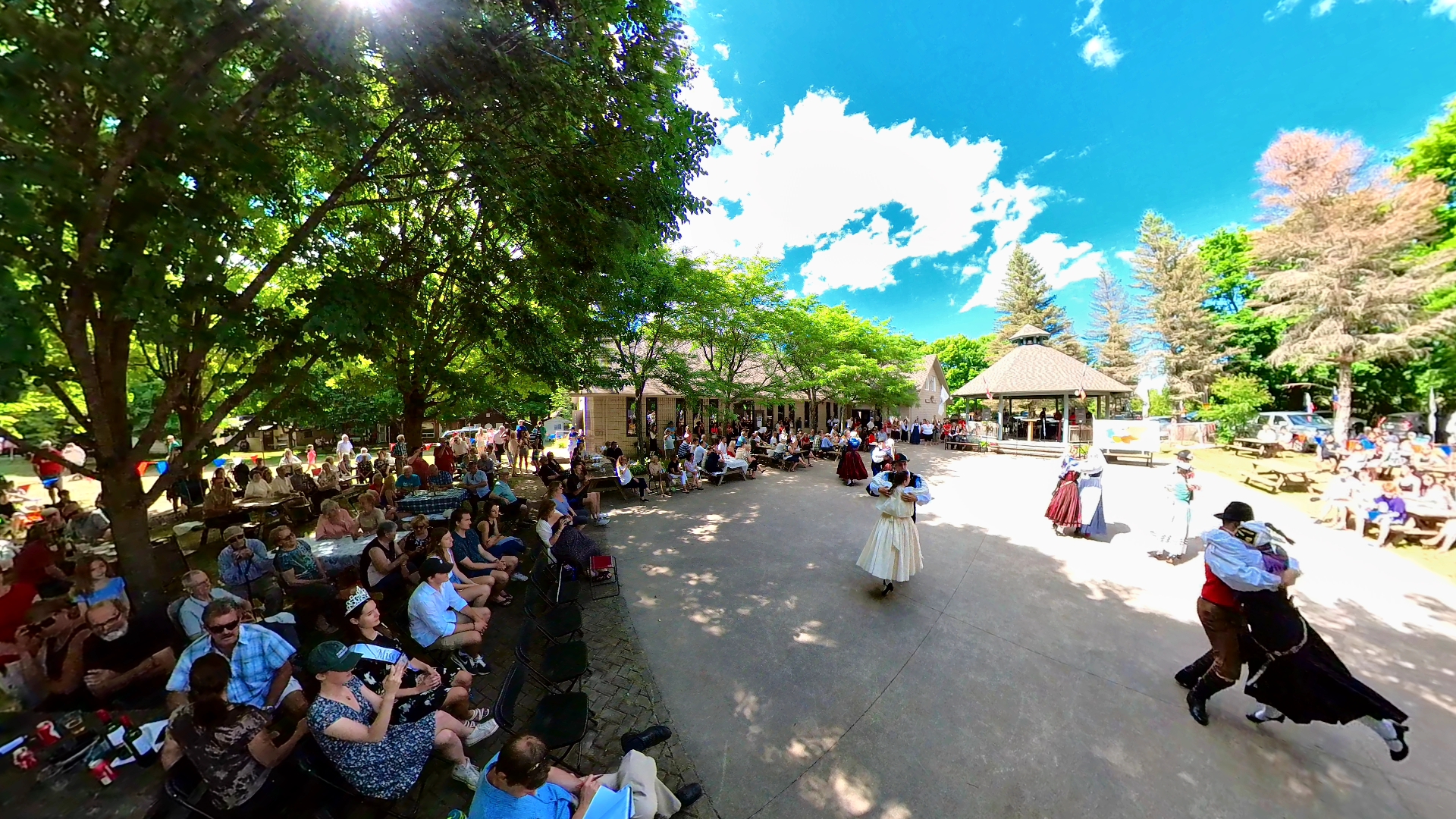 Sunday July 3rd, 2022 started out feeling like a special day.  The sky was bright blue, the air was a comfortable 20 degrees, and there was plenty of people buzzing around the hall.  The flags lined up along the road…

If you are interested in studying in Slovenia, you are welcome to attend the online presentation of Slovenian universities. The presentation prepared by the Study in Slovenia team will be held on Thursday, 10 February at 2pm (CET) and is…

SGBN invites you to the last edition in 2021, of Slovenian Businesswomen around the Globe (and from Slovenia)

On this 8th virtual meeting will host a special guest, a Slovenian entrepreneur Nuša Pavlinjek Slavinec, MSc, a managing director at Roto Slovenia. Run by the third generation of Pavlinjek Family. Nuša is involved in the planning and leadership of strategic…

SAVE THE DATE, virtual meeting MORE AND MORE BUSINESS. SLOVENIAN GLOBAL  BUSINESS NETWORK  FOR YOU  On December 14 th at 4 PM CET we will introduce SLOVENIAN BUSINESS COMMUNITIES from neighboring countries AUSTRIA,ITALY, CROATIA AND HUNGARY,  competitive and productive business to you.  You will…

If you are interested in studying in Slovenia, you are welcome to attend the online presentation of Slovenian universities. The presentation prepared by the Study in Slovenia team will be held on Thursday, 18 November, at 2pm (CET) and is…

Welcome to Slovenski Dom and MOYA Financial virtual seminar series.  This is our fourth seminar. It is titled, “70 Wonderful Years of Slovenian Polka in Canada” by Walter Ostanek.  Walter won three Grammys for best polka album (1992, 1993 and 1994)…